“Thinking there’d be a good selection of Tequila in Spain and also being disappointed is the most American thing I’ve read today. We don’t deserve our birthday this year”

The comment made me do three things. One, realize the author was right. Two, take down the post in shame. Three, repost it as written on my Tequila site. Because I am American, I came by my foolish opinions organically, and as an American, I also stubbornly stand by them, even if I no longer support them.

First I must make two disclaimers. One, I was not in Madrid or Barcelona. Two, I know that Spain is not Mexico, but I thought I might do well to find some rare or at least hard-to-get bottles when there.

Why did I think that? One reason was that prior to arriving, I found, through wine-searcher.com a very rare bottle of “Unico,” an 85+ reviewed brand Tequila Matchmaker at a store in Madrid. (Well, the blanco was reviewed, I didn’t know there was a Repo or Anejo but Repo was the only one available, see picture below).  It was $30 a bottle. And it is DELICIOUS.

Secondly, at my first night in the hotel, I noted the Tequila Ocho (European 8 bottle) in the bar I was staying at. “Wow,” I thought. “That’s a good sign and a great brand of Tequila.” Thinking there might not be as many hoarders in Spain as in America, I allowed myself to get excited about Tequila-hunting. 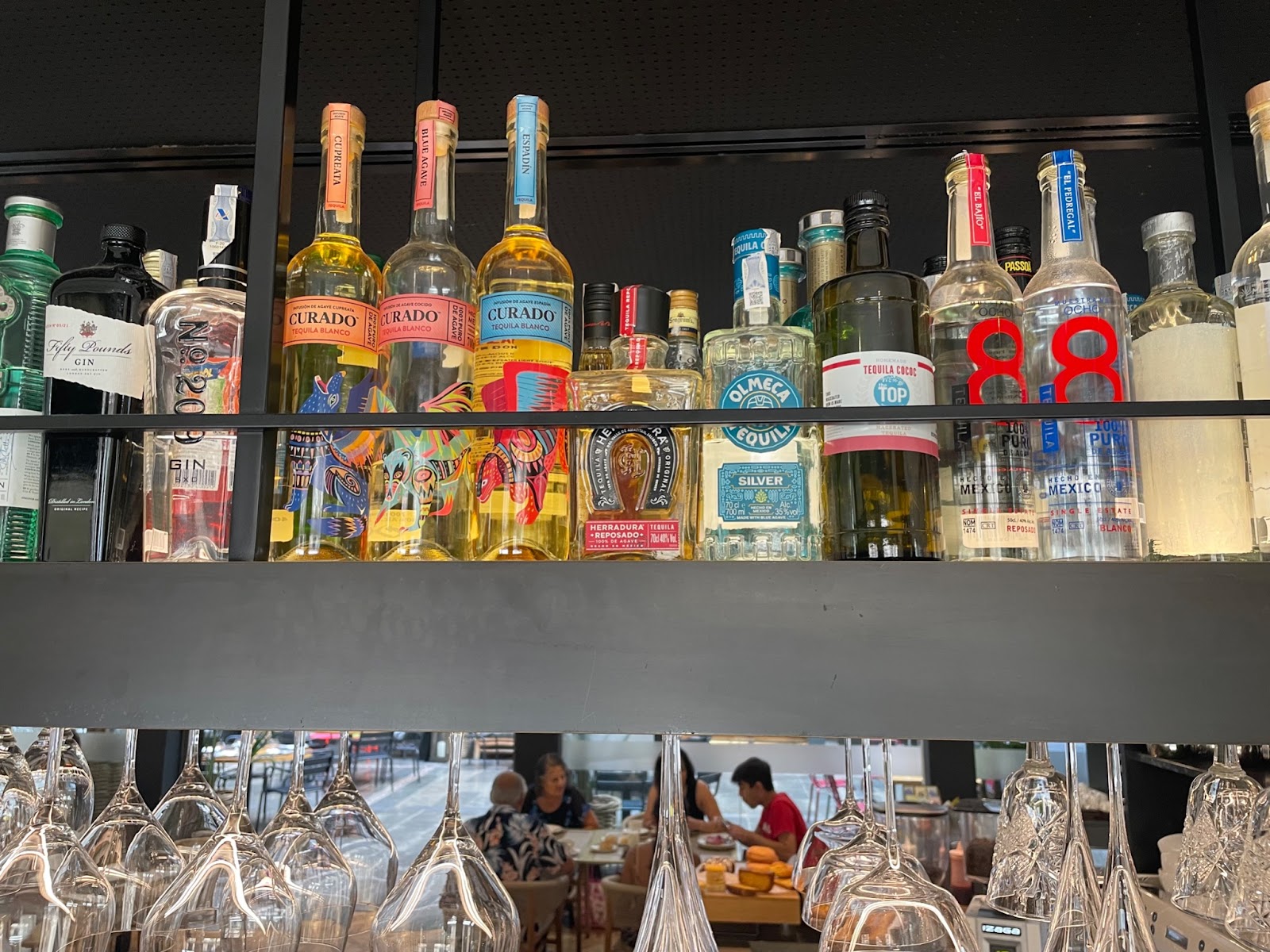 I further thought “I bet Spain is full of great Tequila finds.” This was WRONG on several counts. First, I found no ‘liquor stores’ per se. There are stores that sell wine and spirits, but not surprisingly, they offer mostly Spanish and European wine. The spirits they do sell are those used to mix with wine, to add to sangria, or to have for an aperitif.

Tequila was not well-represented at these stores. After continually finding only Jose Cuervo or brands that I (and TMM) had never heard of, I did more research and I found that tequila and some other spirits are sold in Supermarkets and Department Stores in Spain. So I found my way to El Corte Inglés, the biggest department store in Europe (according to Wikipedia).

This department store has a world-class supermarket inside it, as well as a huge gourmet department near the top floor dedicated to candies, hams, chocolates and such.

The Supermarket display is topped with the words “Tequila,” but they could not even fill four modest shelves with Tequila. As you can see in the picture, the “T”, “L” and “A”s are lined with other spirits (Vodka and Rum).   This Tequila section featured brands such as 1800, Epsilon, Don Julio, Herradura and the ubiquitous Jose Cuervo, which is EVERYWHERE I went in Spain.  Plus, some Mezcals and a bunch of budget brands I had never heard of but in reviewing did not seem worth buying and carrying out of the country.

Entering the Gourmet shop, you are immediately assaulted with a Patron display of about 50 boxes and bottles and a Dos/Once Mezcal display.  Making my way to the Tequila section I was again disappointed to find Patron, Don Julio, Mezcals and some budget brands.

Finally, I saw that on my way home I would have a layover in Madrid and thought “I bet the duty-free shop in Madrid will have some cool bottles of Tequila.”

Wrong again. And so back to America I go, certain to continue my Tequila hunting there.